Acupuncture is part of Traditional Chinese Medicine (TCM), a comprehensive system of health care with a continuous clinical tradition of over 3000 years. Acupuncture and TCM are based on an energetic model in comparison to the biochemical model of Western medicine.  Ancient physicians discovered a system of cyclic energy called Qi (pronounced chee) flowing within the human body along specific pathways. Each pathway, called a meridian channel, is associated with a particular physiological system and an internal organ, and communicates with the surface of the body at specific locations called acupuncture points. Each point has a specific predictable effect upon the Qi passing through it. Modern science has been able to measure the electrical charge at these points, confirming the locations of the meridians mapped by the ancients. Disease arises when a state of imbalance occurs or  the flow of Qi is blocked within the cyclic system. The functionality of acupuncture is to help remove the blockage and restore the balance by stimulating specific points.

The earliest record of cupping is in  one of the oldest medical textbooks in the world, Ebers Papyrus,where  it describes in 1,550 B.C. Egyptians using cupping. Archaeologists have found evidence in China of cupping dating back to 1,000 B.C. In ancient Greece, Hippocrates (c. 400 B.C.) used cupping for internal disease and structural problems. This method in multiple forms spread into medicine in Asian and European civilizations.

In traditional Chinese medicine (TCM) cupping is a method of applying acupressure by creating a vacuum on the patient’s skin. The therapy is used to dispel stagnation—stagnant blood and lymph, thereby improving qi flow—to treat respiratory diseases such as the common cold, pneumonia and bronchitis. Cupping also is used on back, neck, shoulder for pain conditions as well.

At a deep level of our physiological functioning all healthy, living tissues subtly “breathe” with the motion of life – a phenomenon that produces rhythmic impulses which can be palpated by sensitive hands. The presence of these subtle rhythms in the body was discovered by osteopath Dr William Sutherland over 100 years ago, after he had a remarkable insight while examining the specialized articulations of cranial bones. Contrary to popular belief Dr Sutherland realized that cranial sutures were, in fact, designed to express small degrees of motion. He undertook many years of research during which he demonstrated the existence of this motion and eventually concluded it is essentially produced by the body’s inherent life force, which he referred to as the “Breath of Life.” Furthermore, Dr Sutherland discovered that the motion of cranial bones he first discovered is closely connected to subtle movements that involve a network of interrelated tissues and fluids at the core of the body; including cerebrospinal fluid (the ‘sap in the tree’), the central nervous system, the membranes that surround the central nervous system and the sacrum.

Developed by Fritz Smith, MD in the early 1970s, Zero Balancing is a powerful body-mind therapy that uses skilled touch to address the relationship between energy and structures of the body. The practitioner uses finger pressure and gentle traction on areas of tension in the bones, joints and soft tissue to create fulcrums, or points of balance, around which the body can relax and reorganize.

Zero Balancing focuses primarily on key joints of our skeleton that conduct and balance forces of gravity, posture and movement. By addressing the deepest and densest tissues of the body along with soft tissue and energy fields, Zero Balancing helps to clear blocks in the body’s energy flow, amplify vitality and contribute to better postural alignment. A Zero Balancing session leaves you with a wonderful feeling of inner harmony and organization.

Structural Integration is a scientifically validated body therapy. Unlike massage, Structural Integration focuses not on the muscles but on their protective layer, called fascia (also known as connective tissue). Muscles are contracting tissues that give the body and organs physical movement. The fascia surrounds the muscles, bones and organs in the body. The fascia gives muscles their shape and the body its structure.

Structural Integration aligns and balances the body by lengthening and repositioning the fascia. As fascia is lengthened it allows the muscles to move more efficiently. The practitioner will apply pressure to the body, working the entire fascial system in a systematic way. When restricted fascia is released and lengthened the body can return to its structurally optimal position

The continuing pull of gravity, the stress of daily activities and physical injuries can pull the body out of alignment. The fascia gradually shortens, tightens and adjusts to accommodate the misalignment. When the body is out of alignment it creates inefficiency and imbalance resulting in stiffness, discomfort and loss of energy.

“Jin Shin Do” means “The Way of the Compassionate Spirit.” Jin Shin Do® Bodymind Acupressure® uses   finger pressure on specific acu-points  to help release “armoring” or chronic tension and balance the “Qi” or energy.  A unique synthesis of a traditional Japanese acupressure technique, classic Chinese acupuncture and acupressure theory,  Originated by psychotherapist Iona Marsaa Teeguarden, JSD promotes a pleasant trance-like state, in which one can relax and move out of the head and into the body, accessing feelings and inner wisdom.

The underlying concept of polarity therapy is that all energy within the human body is based in electromagnetic force and that disease results from improperly dissipated energy.

Foods and herbs have unique properties and qualities and can be  taken to support and  establish overall  health. The Chinese consider the stomach to be like a cooking pot. Balancing ones diet based on the five flavors:  hot, pungent,  sweet , sour,  bitter and salty is one of the most important factors in health maintenance. An excess or deficiency in any one flavor can upset the balance in the entire body.  How foods are prepared also effects digestion for example  too much cold, raw food puts out the stomach fire and impairs digestion. Sometimes herbal formulas are prescribed to push forward results that acupuncture and energy medicine alone cannot provide. 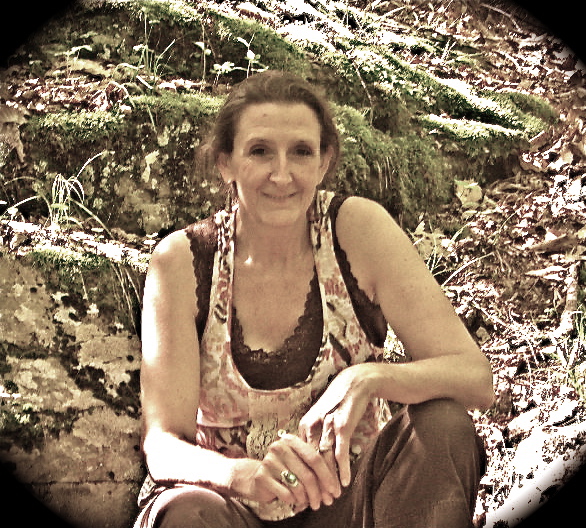